Funny Thing Happened on the Way to HIGHER Interest Rates

Most, including ourselves, called for higher interest rates at the beginning of 2014. Just another reason not to leave your asset allocation wing man, even if certainty looks inevitable (no certainty in investments.) Funny thing…rates did not listen !

Interest Rates Drop Like a Rock Around the Globe

We have been exhausting the interest rate discussion, but it is extremely important.

These are all text-book reasons rates SHOULD be rising.

The following chart is possibly the reason they are not … by the way as mentioned in our August Video, interest rate parity is a financial rule that says you should not be able to invest cross border and gain the higher rate advantage … maybe the text books are not right. Doubtful, time will tell ! 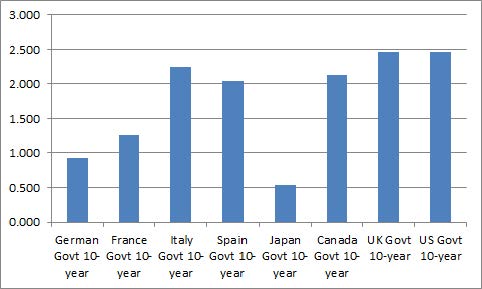 With the US and UK being very liquid and safe options, foreign investors may be chasing our “higher” yields … even though they seem low to us.