Thanks to our friends at howmuch.net, an absolute timely chart on the total goods and services moving around the world.

We find this interesting given the rhetoric being bantered around in the headlines and giving capital markets an excuse to frown!

Take a moment to see rhetoric versus total exports/trade- 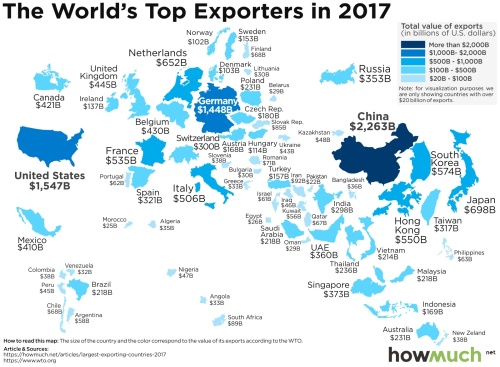 A Structural Trifecta for the Capital Markets to Digest

Posted on January 23, 2010 by John Kvale CFA, CFP | Comments Off on A Structural Trifecta for the Capital Markets to Digest

Over the last several business days, the capital markets have been hit by a trifecta of structural changes:

Given the fundamental positives we have had at our back over the last year, it will be interesting to see how investors stomach the latest capital market movements. In our opinion, this is the first test many investors will have seen in almost a year, and is a process of shaking out the weaker hands of the market.