As a parent of a 9 year old and 12 year old, the trouble is never when you can hear a subtle or even louder than normal disturbance or any amount of noise.

The Silence is Trouble!

Skepticism is a valuable necessity in almost all areas of our lives, especially the capital markets. NO ONE was skeptical of the internet revolution in late 99. What followed was a tough recession, brought on by non other than the internet craze itself.

Silence, as there were no dissenters!

Fast forward to 2007, this time is was Residential Real Estate's time in the spotlight. One can never lose money in Real Estate was the themed dagger that made many over confident at that time. There were certainly other events that cumulated to lead to the Great Recession of 07-09, however the skeptics were gone, leaving the door open for the ultimate surprise we all experienced.

Oddly, there is a need for skepticism as it levels the Pro's and Con's of the situation.

Bottom line, if all is too well, no one else to enter or argue the point and we all fall on one side of the equation, leaving the other side of the event to occur.

Here is a great headline, we would call Skeptical…

North Korea threatens to turn US mainland into theatre of War!

And another good headline, again we would call skeptical…

In a world of overuse and excess, it is not surprising that cynicism also squeezes into the equation. There are many folks that have unfortunately made their names, especially in the financial world, but in many other parts of society as well, with Cynical statements and proclamations.

Cynicism in our minds is so constantly negative and allows no option for any other possibility… skepticism on a major extreme of sorts. The problem is frequently in a vacuum for headlines, cynical stories make their way to the top… Don't bite!

How many times was the world supposed to end?

The following review of another end of the world claim looks back at this persons claim and notes this is the multiple time for calling such event.

The Solar Eclipse is…. End of the World

Seems crazy right.. but caught at the perfect moment, you just might bite… nah, don't do it!

Welcoming skepticism and shunning cynicism should keep us all on even footing …. Just do it!

Have a great "Balanced" Day! 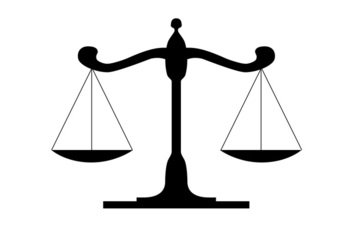 What are your thoughts ??