More Reflections from 2016…Shortest Light Day of the Year

Ok, so the reminiscing is still going on. In our Q1 2017 Newsletter, coming to a mailbox near you soon, we take time to reflect on what a zany year it was… from all angles… As a preview, but not to steal the thunder, here are a few of the points !

Talk about out of the starting gates bad. World capital markets finally tugged the large company US markets down, taking the S&P 500 down 15% and oil to under $30 a barrel in mid-February. 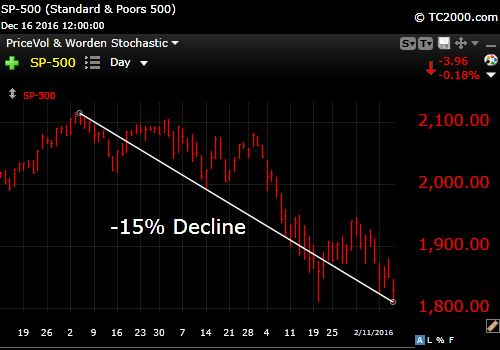 Surely Britain would stay in the European Union, the polls were showing as high as a 90% probability that they would. As the votes were tallied, something strange occurred as the Brits did in fact vote to leave the EU.

The polls would once again miss big as the election results rolled in and a surprise candidate was nominated president.

Mid December marked the day the FOMC (Federal Open Market Committee) raised rates from .25% to .50%. Markets yawned, even as the FOMC signaled they expected three more rate increases during 2017. It has been a race to see who moved to the back of the papers faster, Tony Romo or the FOMC!

Shortest Day of the Year

With an outdoor family that spends a lot of time on the Tennis courts…..as well as other outdoor activities, today’s shortest light day of the year comes with as much cheer as the Holidays!

Have a Great “Reminiscent-Shortest Light” day !

What are your thoughts ??